Please make sure you get your orders in early for Christmas, We will get your orders out promptly but we cannot control freight.
AOS will be closed from 24th December 2021 to the 4th of January 2022. Dismiss 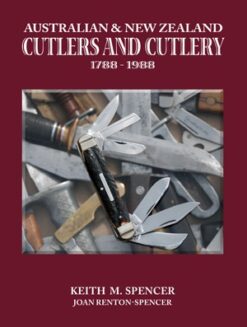 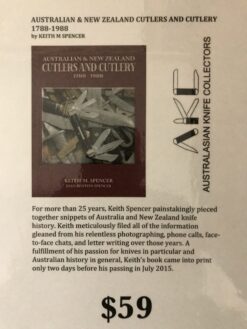 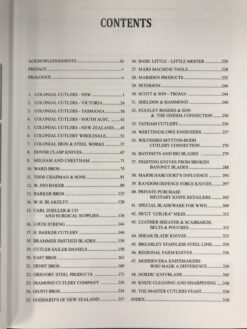 After 25 years of researching, photographing and writing, following up on leads and information sent in to us, chatting on the phone and at knife shows, letter writing back before email existed, plowing through dusty references in state libraries across Australia and New Zealand, and hours and hours of electronic research and correlation of facts, it’s finally done. To those who have offered assistance over the years … a big thank you.

Contains 50 chapters, 372 pages, and 100’s of black and white photos, illustrations and newspaper advertisements, with an index and bibliography included. The soft cover book weighs in at a hefty 1.3kg.

Readers will find the history of Australian and New Zealand bladeware manufacturing and importing a fascinating journey of discovery as they delve across the facts, figures and photographs from the past.

Enter your email to be notified when stock is available

A unique view of Australia and New Zealand over 200 years utilizing the vehicle of bladeware from the arrival of the First Fleet in 1788 until the Bicentennial Celebration in 1988. Under the direct governance of the British Empire for 113 of those years prior to Federation in 1901, the far-flung Australian colony and its dominion neighbour endured a myriad of difficulties in providing edged tools for the advancement of the oft-times struggling settlements.The tyrannies of distance associated with transporting all manner of merchandise – plus convicts – in sailing ships from Mother England to the antipodes, some 12,000 miles away, meant suppliers struggled to meet the demands of day to day colonial requirements. Necessity being the mother of invention, innovative artisans embarked upon forge-producing whatever they could from blade-steel shipped from Sheffield, the world’s acknowledged steel and cutlery manufacturing centre.Fortuitously, many of the free settlers and convicts were ‘Sheffieldians’ who set about plying their cutling skills to fill the bladeware void in a burgeoning colony. A combination of colonial-made and imported edge-ware enabled the expanding settlements to steadily progress; hence the English-Australian cutlery connection which prevails to this day. The fluctuations of mercantile fortunes concerning Australian and Zealandian blade manufacturing were influenced by the economic peaks and pits of a fledgling colony and dominion striving to push the parameters. Boom times included the discovery of gold and bust times were precipitated by the collapse of banks and depressions. Financial viability hung like an ominous cloud; survival was ever the order of the day. After 1901, Federation heralded in new ways of doing things and stimulated an urge for self sufficiency and the two world wars generated a huge demand for Australian and New Zealand made bladeware. By the mid 1970’s, however, Australian knife manufacturing had faded from existence, but not so in New Zealand. This history book details the rise and fall of all aspects of cutlery culture and manufacture in the British-settled antipodes, Australia and New Zealand, 1788 – 1988. 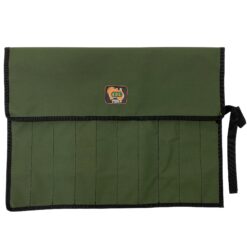 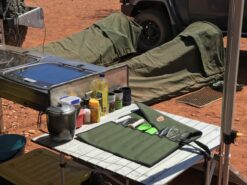 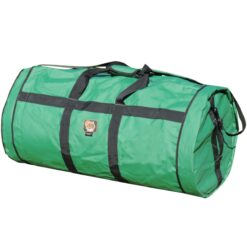 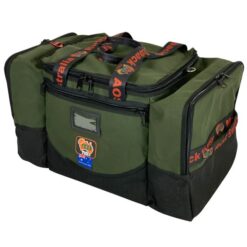 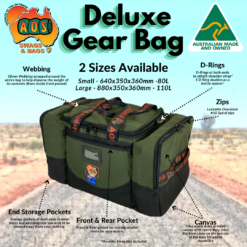 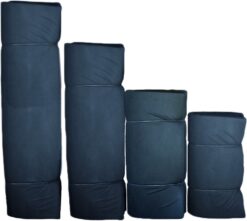 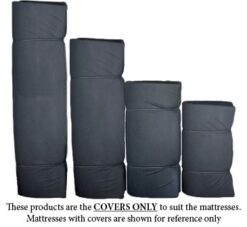 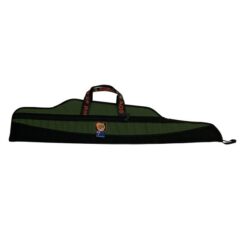 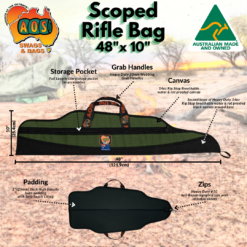 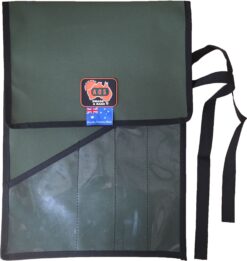 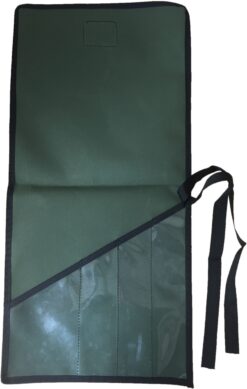